Current Occupation and Country of Residence:
I am a graduating high school student from French International School in Hong Kong and moving to California to start college at Stanford University. I am also a part-time sailing instructor at the Royal Hong Kong Yacht Club.

Tell us your Faust Story!
My first classes were in 2005 with Keon, and we performed his fun and original Kip Marlowe series during The Faust Festival with Group M. Faust has been part of my life ever since, and my last few years were with the magnificent Stage Group. I've been thrilled to play the major roles of Edmund in King Lear, Romeo in Romeo and Juliet, Mr Fox in the Fantastic Mr Fox, and Michael in Kensuke’s Kingdom. I have performed in a number of other shows including Waiting for Godot, The Wind in the Willows, The BFG, Alice in Wonderland, Lord of the Flies, and Pinocchio. I have also volunteered as stage crew for Treasure Island.

What is your earliest Faust memory?
My earliest memory was the performance of Pinocchio as the cat, my brother (Lukas) was the fox. We had very particular roles - cute, childish little villains playing sly pranks on poor Pinocchio. It really set the roots for my emphasis on physicality in performances, and it particularly made me fall in love with the antagonists of plays. One such character I enjoyed performing was Edmund in King Lear, I'll cherish that last play with Faust for a long time to come.


“I believe daily life is a compilation of improvisation - learning to accept and not block, and always introduce new ideas.”
What is your favourite Faust memory?
It's too hard to decide which from the vast compilation of memories is my favorite, they're all so special! I do remember one of my favorite moments in Alice in Wonderland during warm-up before our matinee show. The entire cast was extremely tight-knit, and so naturally we had a sense of community in which we even made variations on certain parts of the play! Keon was an insightful director, and seeing our creative side, he let us lead the warm-up ourselves. To his surprise, we performed a short, fun skit of the entire show, like an old film sped up, which got us hyped for a great show later on.

What was your biggest challenge in participating and leading in drama workshops and productions?
Some of the challenges I have participating in workshops or productions is balancing the need to be physical and expressive in my performances, with my tendency to overact. This is essentially part of the overall challenge of being natural in my performances and linking together my performances with those of my fellow actors. Some exigent exercises include reflecting on our past experiences to develop a certain moment in a scene with particular emotions, or analyzing the movements of an animal so as to integrate them into a human form.

What did you gain from your experience at Faust as a student and / or as a Leader?
Theatre has allowed me to be more confident in life, especially in terms of communication and presentation skills. Most of all, I’ve always enjoyed improvisation exercises, in which fun and intriguing scenes are produced, that seemed to have impacted me most. I believe daily life is a compilation of improvised scenes, and my experiences during Faust class has helped my daily improvisation - learning to accept and not block, and always introduce new ideas. I really hope to pursue my interest in improvisation at college.

How did studying Drama and Theatre impact your life?
Studying drama has made me happy, joyful and shown me that life can be colourful. Studying drama has brought me in connection with so many talented and especially creative actors, directors and artists; I’ve made many close friends passionate about performing arts.

What was the most valuable piece of advice you got from a director / leader at Faust?
The most valuable advice I received was that at any point of time, somewhere there is someone looking at you. On stage, this taught me to stay in character, keep acting and be professional. In life, it’s shown me that one is not isolated - your talents will be seen and there will always be someone supporting you, so there’s a reason to challenge yourself and to try your hardest.

How would you describe Faust to someone new to drama and theatre?
Faust is a creative community, in which you can explore your own self by experimenting with completely different characters, expressions and physique with people who you will befriend and love for a long time to come. There are endless opportunities to perform big or small, and soon enough you will find it to be a significant part of your life. 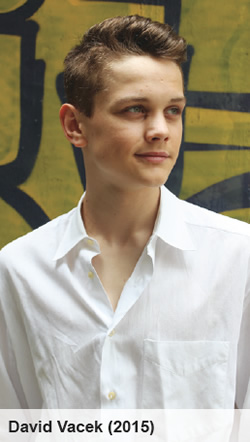 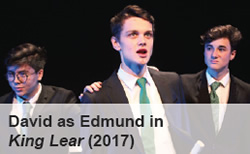 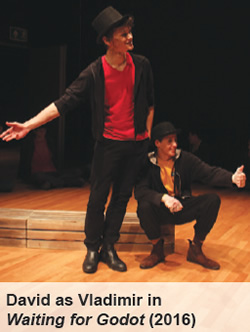 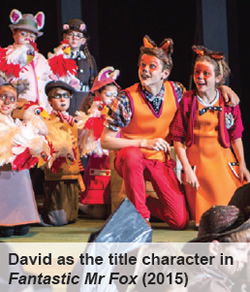 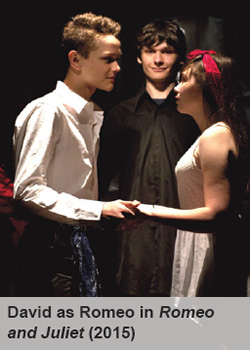 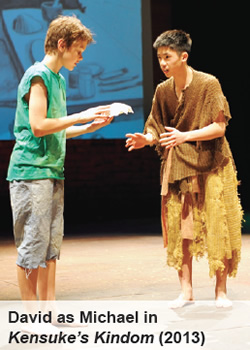 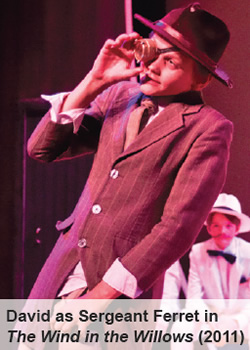 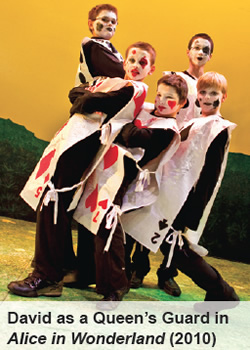